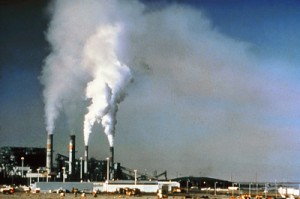 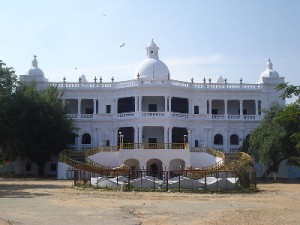 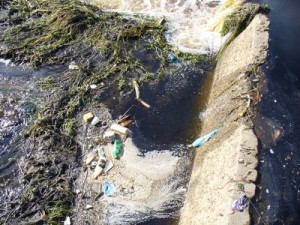 Common: [kom-unhn] noun
belonging equally to, or shared alike by, two or more or all in question: common property; common interests.
pertaining or belonging equally to an entire community, nation, or culture; public: a common language or history; a common water-supply system.
joint; united: a common defense.

I wonder if-and-when along the road to disaster Capitalists will recognize they are also part of and dependent upon the Common.

as the basic needs of fresh water, energy and food are being overproduced or vanishing because of climate change, companies are finding that their only options are to draw from the scant resources of Third World communities to meet their profit margins. It is a test to see what, in the end, neoliberalism holds higher in value: money or life. [] that question has already been answered in the building of the coal-fired Medupi Power Station in South Africa.

[] water isn’t fungible. If I give you my gallon of water and you give me $1,000, I can’t drink the thousand dollars.

[The commons] is an intellectually coherent way of talking about inalienable value, which we don’t have a vocabulary for…,” >
It is a way [] of formally introducing the “political, public policy, cultural, social, personal, even spiritual” aspects of life into our economic system, which now can deal only with monetary value. The commons introduces a role for organized self-governance as opposed to government, [] although they can be made complimentary. The community manages the resource and has an involved interest in keeping others from decreasing its supply, he says, because the license belongs to the public.

Enclosure, [about patents and private ownership] is about dispossession. It’s a process by which the powerful convert a shared community resource into a market commodity. This is known as development. The strange thing about the commons is that it’s invisible because it’s outside of the market and the state[], It’s not seen as valuable and isn’t recognized because it has little to do with property rights for markets or geopolitical power … but there’s an estimated 2 billion people around the world whose lives depend upon commons like fisheries, forests, irrigation water and so forth. The neoliberal market does not, paradoxically, grasp the purpose behind the commons. Our current system is one-dimensional [] and is designed to attach a price to everything. This is the result of an economy based on the philosophies of Thomas Malthus and John Locke, whose models do not guarantee the right of existence.
To exist, one must have money.

It [money] becomes the defining characteristic of life.