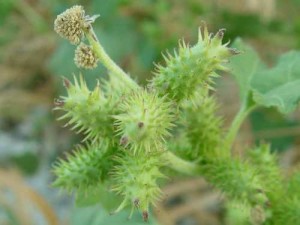 Fortuitously or otherwise, events public and private have combined recently to focus my attention ever more closely on downsizing, reducing and simplifying my life, making it more satisfying, more useful to myself and others, eliminating the unnecessary, distinguishing between what I merely want and what I need.

Having spent the last 50 years doing high-profile IT work, much of it ‘bleeding edge’, having worked 140-hour weeks for months at a time, having been on-call 24×7 most of those years, the artificiality of that work was never questioned, certainly not by me. Yet the work and the life it consumed were essentially ‘virtual’ compared to the reality of making cheese, building furniture or houses, knitting scarves, raising children, tending the ill and elderly. Manipulating bits and bytes was interesting, challenging and financially rewarding but ultimately unsatifying.

I’d call it a mid-life crisis, except that that phase came and went decades ago. What’s happening now is deeper, more basic to the experience of modern America. In the process of reconstructing my world, I began to realize how plugged in I am – how plugged in we all are – to the Zeitgeist.

I have been a cynic since about age 4 (which was when I noticed the clay feet of my idols).
I deliberately make periodic re-evaluations of my beliefs and understandings of the world to tweak them as new knowledge emerges; adjusting, fine-tuning or abandoning long-held postitions when appropriate. (The only way to prove you have a mind is to change it.) Not being a particularly social animal, I am less embedded in the culture than most. I have always felt myself to be an outsider; not quite a non-participant but at least a reluctant and detached one.

It therefore comes as something of a shock to discover how many of my unthinking, knee-jerk reactions have been co-opted by a script written by business, politicians and Madison Avenue; force-fed by schools, books, movies, TV, peer-pressure, mass media and mass psychology. Fifty years of life in the fast lane meant Convenience assumed God-like status. Shopping, I now have to consciously avoid the ‘Meals for Two in 10 Minutes’ or ‘Three Minute Supper’ in favor of buying and preparing real food. We tend to look at Convenience as being expensive in terms of money and energy, which it is. But we seldom think of it as being improverished in terms of reality. yet it is. I have always questioned the American Dream and the American Way Of Life, but evidently I didn’t question rigorously enough.

There are things I do specifically because they counter what I know to be a bad habit or personal shortcoming: I am by nature impatient, so I delberately took up cabinetry and weaving, which force me to be patient. I have come to realize there are many more things I must be very deliberate about if I am to unplug from a world and culture which I feel is becoming increasingly artificial, meaningless, inane and ultimately doomed when our lifestyle proves unsustainable.

I saw a comic yesterday of someone reacting to his inability to get Online: Call the ISP! Call his Senator! Go outside to the real world then run back inside in panic! Get drunk! Go to bed and curl up in a foetal position! etc etc etc.
Been There, Done That

I am going back to simplicity not so much for the economics or the survival aspects, but simply for the freedom of it; the freedom to be real in the way a three-year-old is real, pre-socialized, pre-indoctrinated, fully human. I don’t want what I do/eat/buy/wear/see/hear/say/feel/think/live to be determined by someone else’s agenda. And anyone – ANYONE – who thinks he or she is immune to being infected by our mass culture is deluding himself or herself. It’s too pervasive, too poliished, too slick to escape without significant effort and continuous awareness – and escape is a close-run thing under the best of circumstances.

I have used the metaphor of ‘unplugging from the world’, but it’s actually more the other way ’round: unplugging the world from me. When I was a kid roaming the sagebrush and forests and brush country of Colorado, I would sometimes blunder into a weed which left hundreds of tiny cockleburs stuck all over my clothes and any bare skin. I would then spend an hour meticulously extracting them, always finding later that I had missed some.
Unplugging from the world will be like that. But I really have no choice.

Slowly,
Whatever splits, dissevers, cuts, cracks, ravels, or divides
To bring me to that diet of corrosion, burned
And flickered to its terminal.–Now in an older hand
I write my name. Now with a voice grown unfamiliar,
I speak to silences of altered rooms,
Shaken by knowledge of recurrence and return.
– Weldon Kees

Wish me luck. And you’re welcome to join me. 🙂

10 Replies to “The Cockleburs of Culture”