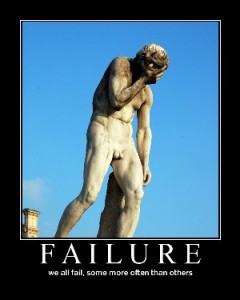 The ArchdruidReport examines the end of progress.

One thing I like about Greer’s posts is that he declares a pox on both houses, progressive and liberal. He respects history more than opinions, which is a helpful reminder for people on both sides of the aisle to be more objective.

The jury is still out on what we do about it, but if you want to know how we got where we are and why we seem to be stuck there, JMG should be required reading
.

…what was once a creative minority degenerates into a dominant minority, which rules by coercion because it can no longer inspire by example. You can tell that this has happened to your society when every crisis gets met with the same stereotyped set of responses, even when those responses clearly don’t work. That happens because dominant minorities identify themselves with certain policies, and with the social roles and narratives that go with those policies, and it takes much more than mere failure to shake those obsessions loose.

And it’s been a long time since the current dominant minority has demonstrated any creativity.

Across the board, in politics, in economics, in energy policy, in any other field you care to name, the enthusiastic pursuit of repeatedly failed policies has become one of the leitmotifs of contemporary life.

They’re approaching the situation in a way that prevents them from learning from their mistakes, no matter how many times the baseball bat of failure whacks them upside the head

Of course [they] also have deeply pragmatic reasons for their refusal to learn the lessons of repeated failure. Careers, reputations, and million-dollar grants depend on keeping up the pretense that further investment [] has any chance of producing something… Yet the myth of progress has no place for the law of diminishing returns; in terms of the myth, every step along the forward march of progress must lead to another step, and that to another still.

That same logic is not restricted to science, either. If some force of philosophers packing high-caliber syllogisms and fallacy-piercing ammunition ever does go charging through the door of the temple of Progress, quite a few people may be startled by the identity of some of the hostages who are led out blinking into light and freedom. It’s not just the sciences that are tied up and blindfolded there; nearly all the Western world’s religions share the same fate.

Conservative[s] were busy demonstrating that the opposite of one bad idea is usually another bad idea. [] redefined themselves in opposition to the progressive agenda of their time, and never seemed to notice that they were so busy standing against this, that, and the other that most of them forgot to stand for anything at all.

The American Empire is disintegrating. Its economic philosophy/influence has pretty much taken over most of the world and its military/political power has called the shots for the last 60-90 years. As the ship of state sinks, the crew and passengers cling every more tightly to whatever seems familiar and stable, only to go down with the ship instead of letting go and trying to swim away on their own. The Captains of Industry echo Admiral Farragut’s, putative “Damn the torpedoes, full speed ahead.” The captains will have their excuse when the empire fails, but the real cause will be that we have built a society that is bumping up against the law of diminishing returns and Mother Nature will not advance us any more credit.

The Yellow Brick Road led to a fraud, didn’t it?

3 Replies to “The End of Progress”