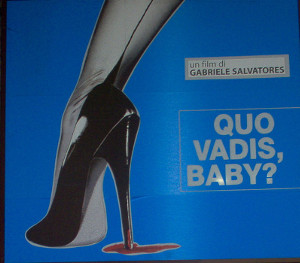 Chris Hedges has been doing interviews on TheRealNews.com. There are or will be seven in all. Some I could only find in video but I read what transcripts I could find.

They discuss where we’re at, how we got there and where (if anywhere) we go from here.

Why isn’t the Left producing any pushback against the Money Party?

there’s been a divorce of radical movements from the working class and radical ideologies from the working class. And the way that divorce came about is that those who had these kind of broad social visions which challenged the primacy of corporate capitalism got pushed out of the system. They’re not there anymore. And so now at a moment of crisis–and we are certainly in a moment of crisis–we lack the movements which can give expression to the suffering of our underclass, and our liberal elites which once responded to those movements have been eviscerated and essentially are corporate stooges.

When Liberals/Progessives became Elite, it broke the connection to the working class. The working class [rightfully] distrusts any Elite. We need another Dorothy Day, Bill Hayward, Eugene Debs.

But electoral politics is a very minor part of what we have to do. What we really have to do is build mass movements that muck up the system enough that we can begin to interfere with the mechanisms of power. And what I’m talking about are strikes, disruption of public transportation, which we would see in France, for instance, farmers driving their tractors into the middle of Paris. It’s that kind of stuff that we’re going to have to build. And we’re not going to build that any other way than, you know, almost starting all over again.

There comes a point in military matters where there is no substitute for ‘boots on the ground’. The same is true in the war against the Elite.

The new State Of America.

…the security and surveillance state [] essentially shut down all public space for any kind of serious dissent. [] We have shifted [] from a democratic state to a species of corporate totalitarianism. We have a system of political paralysis that responds only to the dictates of the corporate elite, not to the needs and the rights of the citizenry.

We live in [] a system of inverted totalitarianism [which] doesn’t find its expression through a demagogue or a charismatic leader, but through the anonymity of the corporate state. [] you have corporate forces that purport to be loyal to the Constitution, electoral politics, the iconography and language of American patriotism, and yet internally have seized all of the levers of power to render the citizen impotent, and so that this political theater which we are witnessing is a charade.

Traditional politics is not the answer. It’s part of the problem.

…this kind of mania for hope is really a kind of sickness, because it prevents us from seeing how dire and catastrophic the situation is if we don’t radically reconfigure our relationship to each other and to the ecosystem. And so of course people don’t want to hear it.
[]….we can’t even use the word hope until we confront reality and begin to resist against the real.

I’m not sure resistence is possible or even a desirable answer. I’m more inclined to opt-out; build a life that really doesn’t need much of anything the Corporate State can provide. With no one dependent on them, the Corpocracy will have power but no one to use it on, no one to exploit. It would be like giving the 1% all the money in the world while the 99% barters for our needs and don’t exchange anything for money.

Maybe it’s petty or juvenile of me, but my dream is to see Koch et al starve because they can’t eat their investments; the lobbyists begging for crumbs, the politicians living under the bridges.