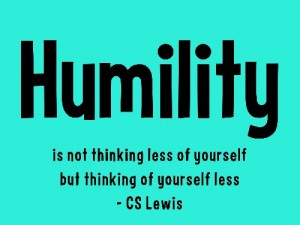 There were complaints my last rice pudding recipe took too long to make.
Thus rice pudding again, only quicker – from C.S.Lewis.
(and a thought for your day)

1. In a large saucepan, heat 5 1/2 cups milk, the sugar, and salt over low heat until just warm and sugar is dissolved. Scrape seeds from vanilla bean into milk, and add bean pod. Cover, remove from heat, and let sit 30 minutes.

2. Return saucepan to stove over medium-high heat. Add rice and cook, stirring constantly, until milk comes to a light boil, 10 to 15 minutes.

3. Reduce heat to a low simmer. Cook, stirring occasionally, until mixture has thickened and rice is soft, about 35 minutes. Stir egg and remaining 1/2 cup milk into mixture. Cook an additional 3 minutes.

4. Off the heat, add cinnamon, nutmeg, and bourbon. Serve warm on a chilly October night. 1

Fry bacon in a non-stick pan on low heat until nicely crisp but not charred. Pour fat from the pan into a heat-safe glass bowl. Remove bacon strips and put them on a plate that’s covered with a paper towel. Let stand for five minutes.

Pour vodka into a large mason jar. When bacon has cooled slightly, add strips into the Mason jar with the vodka. Pour bacon fat into the jar as well. Let jar stand at room temperature for four hours and stir mixture every hour. Remove the bacon strips (but not the fat).

Put the jar into the freezer overnight. The fat will solidify and rise to the top, scrape as much fat out of the jar as possible. Using a fine-mesh strainer pour vodka from one jar to a new empty mason jar. The strainer should catch lots of bacon fat and debris. Once finished, clean out the original jar used. Strain the vodka one more time into the now clean and empty Mason jar. And then you are done!

Now that you have the flavored vodka…
Bacon Bloody Mary

11/2 oz. Bacon Infused Vodka in a pint glass filled with ice.
Fill glass with tomato juice
1 dash each of celery salt and ground black pepper
2-4 dashes each of Worcestershire sauce and Tabasco
Shake and pour into a salt rimmed pint glass. Garnish with a celery stalk and bacon!
h/t Bacon Today

2 Replies to “More To Life Than Bacon – Rice Pudding Again”