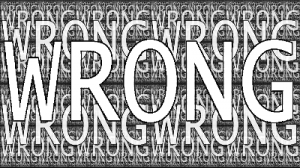 If you grow up in a hunter/gatherer or simple agricultural society, the skills needed to cope with life are pretty simple and basic. Furthermore, they are learned from early childhood, by watching, helping and doing. Those skills may not always be sufficient to handle extraordinary events – new diseases, natural diasters, invasions – but they do a pretty good job on a day-to-day basis. For the most part, you don’t need to be a rocket scientist to be a farmer.

That’s not to say that intelligence has no place in farming or that a farmer may not be intelligent. However, the smarter farmer has only a limited advantage over the average farmer simply because the venue for exploiting intelligence is limited in scope. By and large, the good, the mediocre and even the marginal farmer can get by most of the time, certainly enough for the society as a whole to survive and even flourish. In a simple economy, most of the problems are not subject to intellectual solutions. One may plant drought-resistent crops, but there are droughts too severe for even those – the smart farmer and the margninal farmer alike will starve – or migrate elsewhere, or give up farming.

The solution we seem to have come up with is to let others make the decisions we are unable to make ourselves; to let ‘our betters’ decide. In America, of course, we do not officially acknowledge that anyone is ‘our better’, but unoffically we are all too happy to hand over our vote, cash, dreams and future to others, then find some face-saving way to rationalize it for the sake of our egos.

Unfortunately, that leaves us at the mercy of the intentions of the decision-makers. Even a cursory glance at the state of the world makes it pretty obvious that the intentions of the Powers That Be are not focused on what is benefits the general citizenry but on what benefits themslves and their social/economic/political class. Looking at the detrius of American society, it appears a lot of us are not coping very well with contemporary life.

For example, aside from the expected resistance on the part of those who profit from processes which brought us Global Warming, the lukewarm response from the world at large may well be due to the average citizen’s inability to imagine a solution and therefore being willing (eager?) to leave the matter to the ‘experts’. This ‘trust’ in others and perhaps the myth of Perpetual Progress frees us from taking personal responsibility – which we don’t feel (and may not be) able to live up to. 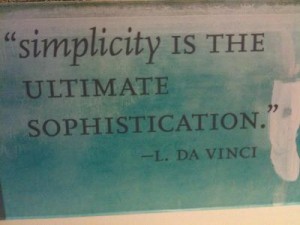 I often wonder if many (most?) people don’t feel overwhelmed by modern life much of the time; if that isn’t perhaps the major reason so many people seek a simpler lifestyle. The odd thing is that much of the back-to-basic activity is not coming from those who are most patently unable to cope, but by intellectuals, most of whom are coping successfully, at least for now. Perhaps they just see the handwriting on the wall and fear that in another 20 years or another generation or another 7 generations we will have created a FrankenSociety; beyond our ability to manage or deal with.

Perhaps the FrankenSociety is already upon us. Maybe that should be the definition of Civilization: a society so complex that only a small proportion of its members can prosper. And maybe a Civilization falls when the ‘incompetent’ majority grows so large and helpless that it removes itself (or is removed) from the processes that support the society. When the decisions-makers lose our trust, when the citizens can no longer support themselves, no longer exert any influence on the political mechanisms which protect (and control) them, will no longer serve as cannon-fodder in the society’s wars, something has to give.