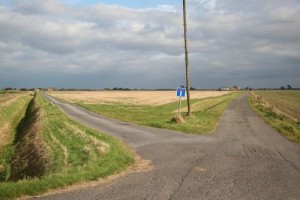 Having arrived at Agonist in December ’09, I missed the early years, so I’ve been reading s lot of the Random Posts that show up in the lower left sidebar. Given the incessant barrage of Newsertainment and Infomercials that inundate us daily, it’s remarkable we are able to turn it off long enough to view current events on any scale broader thatn a week or a month. We recall major things from years past which are particularly pertinent to issues at hand, but the day-to-day experiences of 1990 are usually as remote as those of 1970 (or 1950 or 1940, for some of us).

I find that going back to only as recently as the early Agonist is informative, if depressing. Just a casual browsing of our archives reminds me that howwever grim and screwed up things are today, it’s nothing new. We’re just a bit further down the road than we were ten years ago (and gaining momentum).

Nor was it founded to promote economic opportunity to the mass of citizenry. The benefits of empire and a continent ripe for pillaging (once the natives had been killed and/or dispossessed) were intended to accrue to the elite; the already-rich and politically well-connected. Any benefit to others was an unintended coincidence and any prosperity of the general population simply aroused the desire among the wealthier classes to find some way to loot, control or steal any wealth the general populace might somehow acquire.

Opening the door to immigration was not done to provide benefit to the world’s impoverished, but to provide cheap labor to the industrial barons. And as soon as those impoverished laborers realized their postion and took steps to gain some benefit from their work, the oligarchs brought down county sheriffs, Pinkerton thugs, National Guard and federal troops to establish once and for all that property rights trumped human rights. The IWW and unions in general, Eugene V Debs and the socialists, pointed to a alternative road, but the people in the driver’s seat made the choice for all of us – but only for their benefit.

All along the road that led us to Today, there were forks which offered choices of a society structured differently. We might have chosen to remain a society of craftspeople and small landowners, our lives lived out in a local community of those with common background and interests, as Jefferson envisioned. We did not skip that choice because 99% of the people decided to take the other path, but because 1% of the people made the decision.

Corporations were originally chartered for financial undertakings beyond the scope of local capabilities and the privileges granted corporations were justified by the public benefit of those larger undertakings. We might have chosen to continue treating corporate charters that way instead of turning them into a license-to-steal and get-out-of-jail-free cards. We could have limited the financial benefits and the political power which flowed from it. Instead, we went from a company chartered to build a railroad or a canal for the benefit of the general population and business world to companies which are now legally citizens; and most unequal citizens at that, which can use their massive wealth for political ends and still be immune to the limitatons imposed on mere flesh-and-blood citizens. We might have chosen to make the wealth and power of Big Business work to the benefit of everywone – but we did not choose that path.

As far back as history takes us – and likely further – some people have been making the rules for everone else to live by. While there have been [rare] attempts to make the rules generaly beneficent, it has been overwhelmingly a process to allow a few to benefit; to control, use and pillage the world, including the human beings of the world.

Somewhere along the road, we took the wrong turning. There is no way to back up and redo the last several hundred or several thousand years. But in the name of the millions who were vicitimized by the lust for wealth and power on the part of the oligarchs; for the benefit of the millions who are currently being victimized; for the sake of the billions of people who are future targets, we need to find a different path, We are obligated, as a matter of common decency and humanity, to take that path, not just talk about it. And we need to do it Now.

You might notice that I have said ‘we chose‘ or ‘we did not choose‘, when in fact, we allowed the oligarchy to choose. As much as I detest them and what they have done, are doing and intend to keep on doing, I do not let the general citizenry off the hook. WE did nothing, and that too was a choice. We are paying for that choice, and our children and grand-children will pay, unto seven generations.

It will not be fast, easy or painless, since the American Way has its cockleburs embedded deeply in my life, my experiences and even my thinking. (I find myself constantly debugging my mind. And the mental cockleburs are not bugs- they are features of the societal programming).

Whether I remain within the territorial boundaries of the United States or relocate abroad has not been determined, but I will no longer participate in this mass delusion we call the American Dream, the myth of eternal progress, the fantasy of living infinitely in a finite world. Whatever I have left to contribute to and benefit from my fellow man will be done at a local and personal level. I’ve come to a fork in the road and will take the road less traveled.