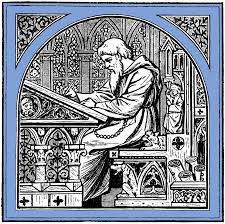 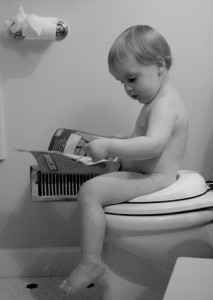 Several Agonistas are writers beyond blogs, Facebook and Twitter. Many are serious readers; i.e. we read serious books. We have discussed here and here the lack of respect and attention given quality writing and culture in general.

Nota bene: I use the term culture as a philosophic term rather than as an anthropoligist. 😀

I recently came across this gloomy view by Will Self.

The literary novel as an art work and a narrative art form central to our culture is indeed dying before our eyes.

However, what didn’t obtain is the current dispensation, wherein those who reject the high arts feel not merely entitled to their opinion, but wholly justified in it. It goes further: the hallmark of our contemporary culture is an active resistance to difficulty in all its aesthetic manifestations, accompanied by a sense of grievance that conflates it with political elitism. Indeed, it’s arguable that tilting at this papery windmill of artistic superiority actively prevents a great many people from confronting the very real economic inequality and political disenfranchisement they’re subject to, exactly as being compelled to chant the mantra “choice” drowns out the harsh background Muzak telling them they have none.

What seems to me missing is the awareness that receivers of culture – the readers, listeners, watchers – are as necessary as the creators. And just as creation requires a willingness to expend effort, so does the understanding and appreciation of the creations. In short, readers have to bring something to the table. They must make some effort to expand their own understanding, be prepared to change, be ready to – dare I say it? – think.

If literary fiction is dying, the fault is not only the Internet’s Instant (albeit shallow) Gratification. Just as we bemoan the Dumbing Down of the next generation as a political and economic goal of those who would manipulate us, we also share some of that guilt because we have not required much of our young. We certainly don’t each them how to think, at least unless they earn PHDs in Philosophy.

Until roughly the 1950s, children were much more likely to have had to work much harder – in school and out – and realized that life was not a bowl of cherries. They accepted the view that anything of value required effort. Beginning with the post-WWII boom, life just plain got easier because prosperity expanded. In the ensuing decades, it only got worse. Most parents today – including my own children and grandchildren – demand nothing from their children except good manners and decent grades; i.e.; socially-approved behavior (does not reflect badly on mom/dad). One of my children (who had a prep school education) does read seriously. The other four do not. Only one of the seven grandchildren read seriously – because she is also has ambitions as a writer.

We are left with a generation which possesses a lot of information but little culture, understanding almost nothing beyond the skin-deep propaganda of corporate media, unwilling to put forth the effort to be truly educated.

As a reader, I am excited that there are more books available today than ever before and easily available (although it really pisses me off to find something I want to read available only as an eBook. I hate reading on my wife’s Kindle).

As a writer, I write for my own sake and am content with whatever readership happens.
I can say that, because I’m not trying to make a living (or even money) as a writer.

As a publisher? That’s a whole other story and is between Amazon and me. 😀