When I was a teenager, I drove a 1924 Star. It rattled, creaked, squeaked, clinked, clanked, banged, jangled, clattered and protested mightily when called upon to actually move, but it did get me to school and an occasional jaunt into the countryside. We had to scrounge up old tires and spare parts, even machining some pieces in shop class, since Durant Motors was long out of business. Keeping it on the road became increasingly difficult and complicated. I finally decided it wasn’t worth the time, money and cussing. It might have had some value to an antique auto collector, but it had a negative ROI as a useful means of transportation. As I look around, a great deal of what I see reminds me of that old car.
There are a lot of individual pieces that need to work together. And they aren’t.
END_OF_DOCUMENT_TOKEN_TO_BE_REPLACED 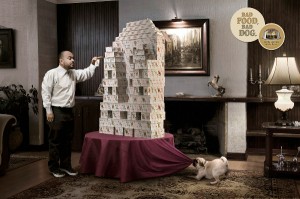 On contemplating some recent posts and comments thereon, I’ve been thinking again about how deeply entangled our lives are in the Great American Lifestyle.
END_OF_DOCUMENT_TOKEN_TO_BE_REPLACED 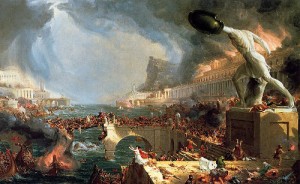 The poet was talking of old men, but the American Global Capitalist Empire seems determined to follow his advice. It will not to go gently, but like old men, it will go. We pretty much know what to expect when a person dies, but what can we expect when an empire dies?
Quem deus vult perdere, dementat prius – and the madness is well underway.
END_OF_DOCUMENT_TOKEN_TO_BE_REPLACED