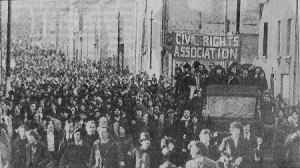 Damn, we need him now!
END_OF_DOCUMENT_TOKEN_TO_BE_REPLACED

We are beginning to see significant concern expressed in the non-MSM concerning the legal aspects of police behavior when alleged criminals are apprehended. While the events in Boston are the latest trigger, the concern applies to all law enforcement activity, at both federal and local levels and dating much further back and to the entire War On Terror’ fiasco.

END_OF_DOCUMENT_TOKEN_TO_BE_REPLACED

Some time ago, I posted or commented about the fact that the liberal establishment was failing politically because it no longer shared the practical concerns as most Americans and was therefore irrelevant to most voters.
Chris Hedges has an essay on Treason of the Intellectuals over at Truthdig. It is typical Hedges: succinct, passionate and to the point.

The power elite, especially the liberal elite, has always been willing to sacrifice integrity and truth for power, personal advancement, foundation grants, awards, tenured professorships, columns, book contracts, television appearances, generous lecture fees and social status. [ ] And they will, should their careers require it, happily sell us out again.

The man on the street knows the .5% is out to screw him. He accepts that. What really pisses him off is the pseudo-supportive claptrap from the lefist camp: sympathy but no empathy; lip service rather than a helping hand; theories based on ignorance of what his life is really like.
END_OF_DOCUMENT_TOKEN_TO_BE_REPLACED

The big political story today is that the “Gang of Eight”, a  Senators has proposed comprehensive legislation on immigration reform, including a path to citizenship. The trouble is, that would be contingent on ” a commission comprised of governors, attorneys general, and community leaders living along the Southwest border” concluding that the border had been fully secured – which since those leaders would include Govs. Brewer and Perry may never happen.

But even before we get that far, the legislation has to pass through the House’s Republican hardliners, and may die there.

If I had to bet, I’d assume that nothing passes — that the House GOP will make the bill even tougher on immigrants, possibly even stripping out any path to citizenship, and it will still be deemed “amnesty” by most of them, while going too far to the right even for willing-to-compromise Democrats.

The Gang of Eight’s framework isn’t all terrible—it’s just unworkable. It places conditions it’s unlikely to meet, and then further compounds the problem by putting a veto in the hands of people who are likely to oppose the plan even if those conditions were met.

He [McCain] added, “We can’t go on forever with 11 million people living in this country in the shadows in an illegal status.”

Mark Kirkorian at The Corner is typical of the hard right’s response: “Eight members of the World’s Greatest Deliberative Body have labored for months and delivered unto us — Bush’s amnesty plan.”

The fact that everyone seems to agree that Something Must Be Done doesn’t mean this go-round will get it right.

I really want to see Obama’s proposals and see how they match up with the mutual backscratching in the House & Senate.