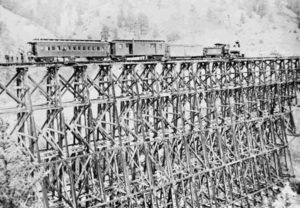 END_OF_DOCUMENT_TOKEN_TO_BE_REPLACED

“A democracy cannot exist without an educated citizenry.”

So says the mission statement on our masthead. And that has been on my mind a great deal lately. Exactly what constitutes sufficient education to acquire, enable and preserve a democracy? END_OF_DOCUMENT_TOKEN_TO_BE_REPLACED

The phrasing of ‘tends’ left Acton some wiggle room, just in case we happened to find someone who attained power but was uncorrupted. It’s questionable whether he needed to include that, but since he was a historian and politician, I assume his views reflect that world.

We have certainly seen this opinion verified not only in politics but all to often in the business world. Combined with the teaching of Niccolò Machiavelli, it goes a long way toward describing the success of some terrible people.
END_OF_DOCUMENT_TOKEN_TO_BE_REPLACED

Rummaging through Depression-era photos at Library of Congress, I came across some
I’d seen before, taken by Russell Lee for the Farm Security Administration in the ’30-40s.
END_OF_DOCUMENT_TOKEN_TO_BE_REPLACED

…to six inches of topsoil and the fact that it rains.

I have PC software that makes any image into a puzzle, and I enjoy putting them together in idle moments. One photo I’m particularly fond of depicts the ruins of what was once an elaborate castle perched on the side of a mountain in France. Another favorite puzzle is the Western Wall in Jerusalem, with blocks of stone weighing up to 30 tons. It boggles my mind to contemplate the sheer physical effort required to build these structures, the power of men and animals dedicated to such work; the logistics of supplying the workers who quarried the stones, those who transported them, those who put them in place, the men and women patiently cultivating the food that sustained them. And it is with a sense of unease that I contemplate the power wielded by those in command, those who could order the building of castle, temple and Great Wall, of skyscrapers, cities and empires. END_OF_DOCUMENT_TOKEN_TO_BE_REPLACED

To the Thunder On The Right, from Trump to Cruz to your run-of-the-mill fundamentalist bigot, we can add the Cheering On The Left as BernieFans engage in their Mutual Admiration Society. With all that noise, it’s difficult to simply contemplate where we are, where we’re headed, where we should be headed and how to get there. END_OF_DOCUMENT_TOKEN_TO_BE_REPLACED

Why should cats have all the fun?

END_OF_DOCUMENT_TOKEN_TO_BE_REPLACED

The author of The Big Short weighs in:

“Not nearly enough has been done — the regulatory response has been totally inadequate. The big banks have blocked serious reforms, meddling in the process so incentives haven’t changed enough to attack the heart of the problem — which is why it could happen again.”

“We still have the same short-term-oriented compensation, the same big bonuses at year-end…”

“I’ve never gotten over the feeling when I learnt Goldman Sachs had designed securities that would fail, so they could then short them.”

“The 1997 repeal of the Glass-Steagall Act was part of the problem [] but it goes back even before that. The earlier transformation of investment banks into public corporations was a big mistake — with bankers using shareholders’ money to bet, rather than their own.”

“It isn’t just the big campaign contributions. Anyone at the table talking about financial reform is a potential hire and likely to end up working in the financial sector for huge sums, so they get captured.”