Somewhere in cyberland, I recently saw an article that the rise of Bernie Sanders and Donald Trump reflect the fact that a large part of the population recognizes that the wheels have come off our society and its political processes. This should not come as a surprise to anyone paying attention to the faltering of America and the world in general. Both Bernie and Donald are essentially populists – they just disagree about causes and cures.
One type of populism is based on recognition of one’s humanity and the humanity of others, a brotherhood-of-Man feeling. The other type is based on recognizing only one’s own self and group. For one, power means the ability to benefit everyone. Fo the other, it means the ability to benefit one’s self. One type founded the utopian communities in the 1800s; suffered and died for other peoples’ rights, safety and quality of life; union organizers, civil rights supporters, etc. And National Socialism was a populist movement of the second type. END_OF_DOCUMENT_TOKEN_TO_BE_REPLACED

Like everyone, my life has seen multiple transitions from one stage to another. My recent experiences seem to have imparted a flavor somewhat different from previous changes, in that for the first time, the changes are physical rather than intellectual or emotional. It got me thinking back about what Willie Nelson called:
Running through the changes
Going through the stages
Coming round the corners in my life.
END_OF_DOCUMENT_TOKEN_TO_BE_REPLACED “Belief is the death of intelligence.”
– Robert Anton Wilson
“True knowledge exists in knowing that you know nothing.”
– Socrates
“Of all that I hold probable, only this I know:
My wisdom only takes me where my folly wants to go.”
– Ray Saunders
END_OF_DOCUMENT_TOKEN_TO_BE_REPLACED

I’m still working on #1, have a growing understanding of #2 and have at least discovered #3.
I’m here to learn and appreciate.

When I was growing up in rural Colorado, I didn’t feel much connection with my contemporaries. For the most part, they prided themselves on being anti-intellectual, clung tightly to their ignorance and bullied anyone the least bit different or smaller. I was quite small for my age until my high school ‘growth spurt’ & was the teacher’s pet, so I came in for a lot of nastiness. Eventually, I learned to look out for myself, becoming a good boxer and wrestler who could think and act faster than the assholes, so they learned to leave me alone. That did not suddenly open the door to socialization and while I’m not anti-social, I decidedly failed to develop the usual social skills of teenagers. END_OF_DOCUMENT_TOKEN_TO_BE_REPLACED

I’m with a group of hang-glider pilots bound for the top of a cliff on some island in Polynesia. Looks a lot like Diamond Head in Hawaii. As we’re schlepping our gear, we’re joined by a group of ‘natives’. No idea who they are and even the locals don’t seem to speak their language nor do they speak English. They range from mid-life to pre-teen. All have painted faces a la  Melanesians. Each has the same particular symbol painted on his cheek (no females seem to be in the crowd). As we start up the back of the cliff, they drop back and watch. One smiles and we exchange thumbs-up.
We all set up and launch. I find a thermal and am soon sitting about 3500′ above the beach. Normally, one kind of ‘sloshes around’ in a thermal to ‘feel out’ the configuration and find maximum lift, then ‘cores the thermal’, ascending in ever-rising circles. Instead, I decided to trace in the air the pattern I saw painted on the cheeks of the natives.
Wham! I am instantly lifted to about 20,000 in a matter of seconds. Aside from the thin air and extreme cold, it scares the living shit out of me (almost literally). I think, “Hey, if you’re looking for my limits, you just exceeded them about 15000-feet ago”. It – whatever IT is – relented and stopped the elevator. I cranked the kite 90° vertical and dropped like a rock until I got back down to about 5000 feet. Catching my breath, I headed for the tip of the island, which had a small fishing shack and bar. Figured I deserved a beer. Once I started descending, the natives had followed my progress in crowds, VERY excited. I was tired, still trembling. I landed the glider and collapsed, gasping for breath, then walked over to the shack and was handed a beer.
The natives talked excitedly to an old man sitting aside, watching the world go by. He caught my eye and motioned to come sit beside him. I plopped myself down and offered him a swig. He sipped a bit of beer, obviously as a gesture of courtesy. This man had no paint on his face, but I saw the mysterious symbol on his upper left chest. He leaned back and looked intently at me, then called out to someone in a language I cannot identify – and I’m a linguist. A woman came up bearing a black goo. He painted the symbol on my upper left chest, to match his decoration. A second woman provided a paste which he plastered over the symbol. By signs, he indicated I was not to wash off the paste until after 5 days.
That symbol, which I cannot identify and will never forget does not appear on my body. But if there’s something deeper than the bone, flesh and skin that I’m familiar with, the symbol is there for all to see who know how to look deeper.
I think of the Lakota Sioux blessing/farewell “Mitake Oyasin”. It literally means ‘All My Relations” but the idiomatic meaning is “We Are All Related”. I can’t really say what the native symbol means, but it connects me to every human on earth. And probably all who have ever lived or will live; and probably all living things since Day One. I am blood-brother to the first bug oozing out of the primordial slime; and to the Dalai Lama; to you and probably to the rocks that lie underfoot.

We are born alone. We die alone. In between, we can only learn to appreciate life – and each other.
The late Richie Havens sang;
We are all alone
Each one his own
We are all alone… together.
With all that solitude, remember to be Alone    Together

For reasons of no particular interest here, a perfect storm of conditions recently caused my first-ever COPD flare-up and subsequent five-day hospital stay, the only time in 77 years I’ve been in for more than same-day surgery. The process left me somewhat chastened and realizing that using good genes as an excuse to ignore my health was probably not a viable long-term option. I will therefore have to take seriously the task of regaining and preserving as much as possible of my health going forward.

The process also left me with some memorable experiences which I will chronicle here, in case anyone’s interested.
END_OF_DOCUMENT_TOKEN_TO_BE_REPLACED 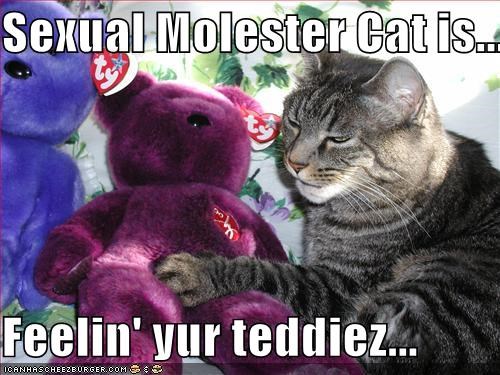 END_OF_DOCUMENT_TOKEN_TO_BE_REPLACED

When I was a teenager, I came into possession of a large amount of booze. (It’s a long story). I kept a bottle in my school locker and used to take a nip between classes – more to cock a snook at Authority than because I really wanted a drink. I used to lie in bed at night with an 8oz tumbler full of whiskey and read, listen to country radio until about 4am as I sipped my booze.
END_OF_DOCUMENT_TOKEN_TO_BE_REPLACED